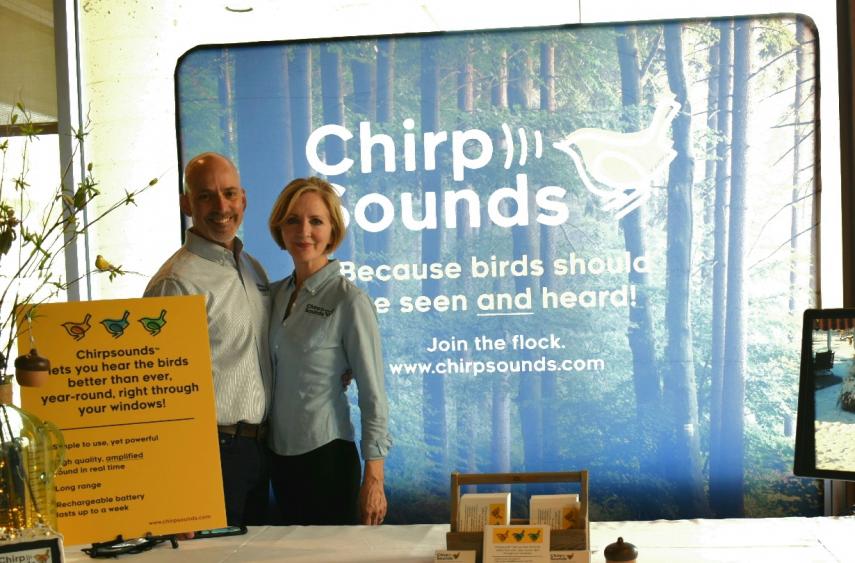 Wayne and Diane Frick showed off Chirpsounds at The Biggest Week in American Birding in May 2019.

MALVERN, Pa. — More than a decade ago, Bloomsburg University graduate Wayne Frick was struck with an idea for an invention, an idea that always lingered in his mind. He enjoyed listening to the sound of birds at his birdfeeders, but as the weather got colder, he couldn’t have the windows open. It would be great to be able to hear the birds from inside, he thought.

There was nothing on the market that quite fit the bill, though; wired speakers were too cumbersome, and, at that point, wireless technology was unreliable. Frick had to put the idea on hold, but the seed for Chirpsounds had been planted.

As technology progressed, creating a product that would transmit the sounds of birds to a receiver seemed more feasible. Bluetooth technology developed a longer range. Frick learned about lithium ion batteries, which could withstand the cold much better than traditional alkaline batteries could.

The pieces were coming together, but Frick needed help solidifying his vision. He reached out to the U.S. Small Business Administration’s SCORE program, a network of volunteers who help mentor prospective entrepreneurs.

“I met with a couple of those guys and told them my idea, and they could see very clearly that I was all over the place,” Frick said. “I hadn’t really determined what this thing was going to be. I was just all possibilities and no specifics.”

As the SCORE members helped Frick refine his idea, they mentioned a new program that might be of interest: Penn State Great Valley’s REV-UP Center for Entrepreneurship.

SCORE facilitated Frick’s first meeting with REV-UP, and, as he began to work with REV-UP, his vision for Chirpsounds became clearer. One of his biggest sources of support was Leo Daiuto, REV-UP’s entrepreneur-in-residence, who helped Frick develop some of the more technical aspects of Chirpsounds.

Frick graduated from Bloomsburg University with a degree in biology — the design and engineering areas weren’t familiar to him, so he needed to learn new skillsets to keep up with his product.

“Leo has been a great resource because he’s been there,” Frick said. “He’s made electronic products before, so he understands the process. He understands what I’m going through. Although he may not have been involved in some of the engineering decisions, he’s seen the whole process. He helped me get clarity and guided my thinking in a lot of areas.”

Frick had been involved with REV-UP for a while when Daiuto encouraged Frick to participate in Lion Cage, Penn State Great Valley’s annual entrepreneurial pitch competition. The "Shark Tank"-style event has participants present their ideas to a panel of judges, who then ask questions and provide feedback. The top three finalists receive cash prizes.

There was one problem, though: The Lion Cage pitch is limited to five minutes. Chirpsounds was a dozen years in the making. How could that be boiled down to such a short time?

“I can’t even tell you what a painful process that was,” Frick said. “I probably spent the better part of two weeks [working on it]. … At the end, I practiced, and practiced, and practiced, and I got it down to about three and a half minutes. It ended up being just about almost five, anyway. All of that practice and all of that mental exercise, trying to refine it and figure out what the most important parts were, that was really, really helpful for me.”

Although he had to make tough decisions about what to include in his Lion Cage pitch, Frick’s work paid off. He came in third and earned his first revenue for Chirpsounds.

Since Lion Cage, Chirpsounds has made some key strides. REV-UP 3D-printed a sanded and stained prototype, a transmitter that is shaped and colored like an acorn. In May, Frick and his wife, Diane, who live in Lederach, Pennsylvania, hosted a table at "The Biggest Week in American Birding," a birding festival held in northwest Ohio, showing off the product to the public for the first time. A retail store told Frick they’d like to consider carrying Chirpsounds. 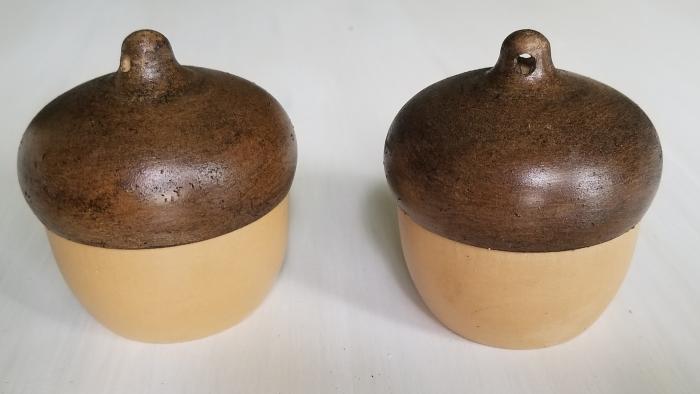 The sanded and stained prototype of Chirpsounds.

Frick doesn’t have a launch date set, but Chirpsounds is close to becoming a reality, thanks to support from friends and family. REV-UP has provided invaluable help with numerous aspects.

“It’s really been Leo’s help. I have to say that he’s been more helpful to me than any other single source,” Frick said. “His help to me has been mostly guidance. I can shoot him messages and get specific answers to things. … One of the things that we’re probably going to do next is actually have a strategy brainstorming session where we determine what are the things that still need to happen from a business perspective and a manufacturing perspective.” 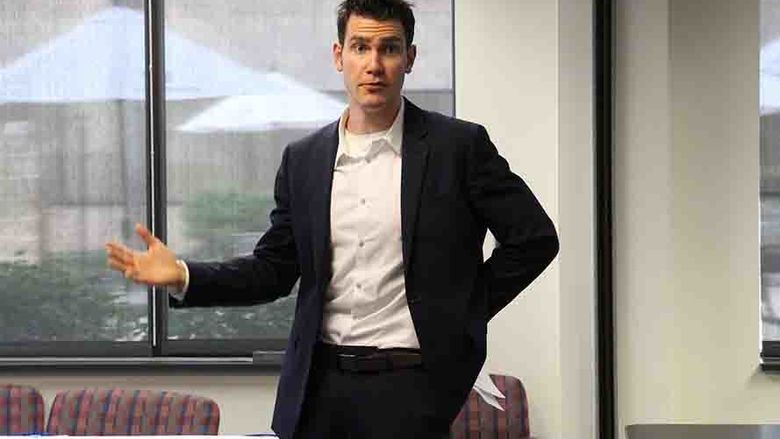 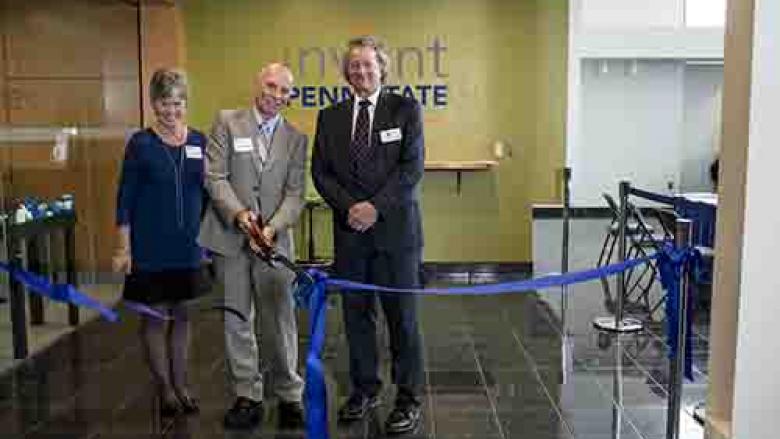 Great Valley to launch graduate certificate in entrepreneurship this spring 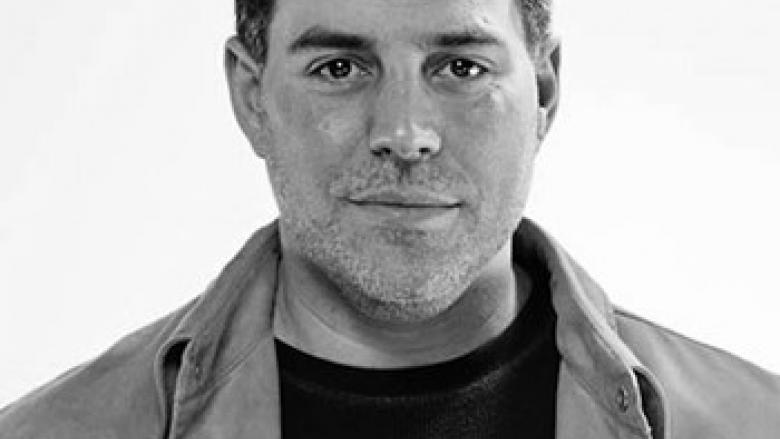 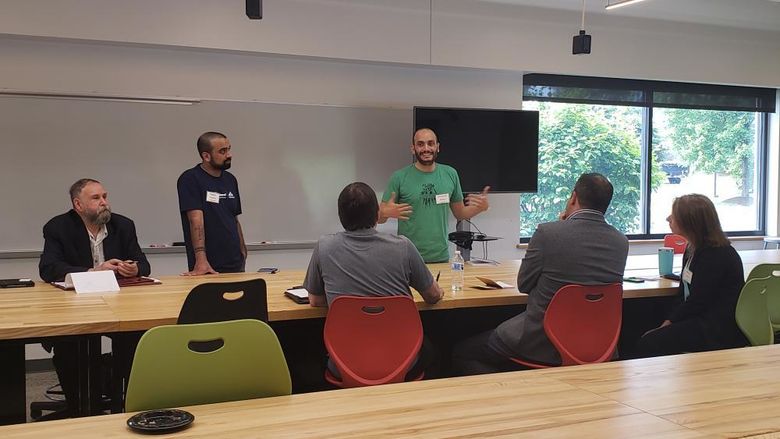