MALVERN, Pa. — Penn State Great Valley MBA and Master of Professional Studies in Data Analytics student Paul Minninger has been busy this year. That’s not to say he wasn’t busy before — less than two years after earning his bachelor’s degree in finance in 2016 at Penn State's University Park campus, he enrolled in Great Valley’s MBA program after hearing positive things from friends and family who had attended Great Valley. 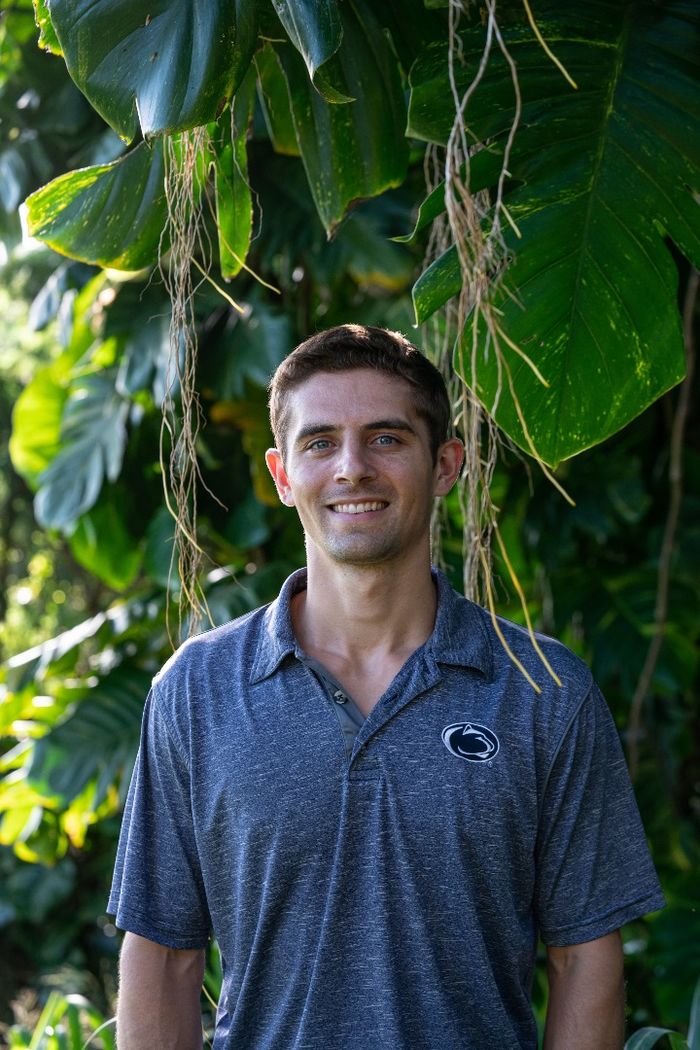 An MBA elective course led Paul Minninger to pursue a degree in data analytics and a new career path.

When he began his MBA in January 2018, he was taking classes part time while working in the financial services industry, most recently as a chief compliance officer. But an elective course changed everything for Minninger.

“I took a data visualization course as an elective for my MBA and decided I wanted to pursue a degree in data analytics after that course,” Minninger said.

In January 2021, he made a few big decisions: enroll in the data analytics program through Penn State World Campus, pursue both degrees full time, and leave his job to focus on his studies.

The same month, Minninger began working with the Hawai‘i Invertebrate Program (HIP), which he was connected with by his partner, Jana Maravi. The program is part of Hawai‘i's Department of Land and Natural Resources, Division of Forestry and Wildlife, and studies a variety of invertebrates on the islands. Minninger focuses on Kamehameha butterfly caterpillars, one of two native Hawaiian butterfly species, investigating the decline of its population in its native range.

The data he works with includes caterpillar disappearance rates and predation events, which allows him to analyze the predators and other environmental factors with the goal of finding ways to safely reintroduce the butterfly to the islands.

“The first course taught within the data analytics program is applied statistics. Within this course we primarily work with the statistical programming capabilities of Microsoft Excel,” Minninger said. “This course provided me the skills to graph, explore and clean data in Excel, which is my primary responsibility for the [HIP] project. My classes at Great Valley have also taught me data best practices and the applications of analytics to business. I use these best practices to guide my communication with HIP in order to provide them the best analysis possible.”

HIP isn’t the only way Minninger is applying what he’s learned in the classroom to the outside world. After receiving an email from Youakim Badr, associate professor of data analytics, Minninger became involved with the Nittany AI Challenge over the winter.

“At the time, I was just learning Python programming and was interested in its applications to data science and machine learning,” Minninger said. “We had a kickoff meeting where I learned we would be using artificial intelligence and machine learning to create a solution to improve the world in one or more of the following areas: education, environment, health and humanities.”

Minninger and his teammates came up with Abundant Connections, an app aimed to reduce food waste through artificial intelligence and machine learning techniques. Food producers like grocery stores, restaurants and farmers could use the app to connect with food banks and people experiencing food insecurity to exchange food that would otherwise go to waste.

Minninger served as the team lead and presentation lead, as well as a machine learning co-lead. The team intended to use machine learning to help predict expected levels of food waste and demand to optimize efficiency for users. The app could also provide suggestions of other users to connect with based on factors like locations, food preference and pricing.

“KNIME was used to explore and graph data provided to us by the Lion’s Pantry,” Minninger said. “The Lion’s Pantry provided us data regarding the food donated to them and the food they were able to provide to those in need. My time in the MBA program also prepared me to act as team lead and effectively communicate with other team members. Our time as a team was entirely virtual due to COVID, so communication was key to success.”

The team was chosen as one of the top 20 in February, though they didn’t progress to the next stage, ending their work in April. That was right in time for Minninger’s next step, though.

That month, Minninger began a remote internship with USA Triathlon, the Olympic and Paralympic national governing body for triathlons. As a strategy and analytics intern, Minninger works with the strategy and data team to help with key projects used to guide decision-making. He frequently uses Tableau, which he worked with in one of his classes.

The internship is exciting, and Minninger sees it and his other experiences as important steppingstones to a new career path, and credits Great Valley for allowing him to pivot his career.