MALVERN, Pa. — Since Penn State Great Valley’s Knowledge Commons was unveiled in November 2018, several individuals and couples have made seven generous naming commitments to the shared learning space that fosters collaboration among students, faculty and staff.

Once a library that housed rows of bookshelves and catalogued tools, the 9,000-square-foot area now offers a variety of resources for students, faculty, staff and visitors. In addition to the library’s circulation desk and limited onsite collection, there are group study rooms, a micro-market, a 3D printing lab, a One Button Studio, a media editing room, a gaming room, a fitness studio, the writing center and the instructional design office.

The first two spaces in the Knowledge Commons were named in March 2019. The AZTechMultiMedia.com Media Editing Room was named by Carl Woodin, who dedicated the room to his wife, sons, and a former professor. Maria Nolan Zuccato, the campus’ director of finance and business, named a study room in memory of Penn State alumnus Jack Phillips, who passed away in August 2017 from stage 4 brain cancer at age 23.

Normally, Penn State Great Valley would honor the other five naming commitments with a plaque dedication ceremony, but, due to the COVID-19 pandemic, those celebrations were put on hold.

“Until we can hold in-person events, we are acknowledging our generous donors by sharing the area they committed to name and their reflections on what Great Valley means to them,” said James Nemes, chancellor and chief academic officer of Penn State Great Valley.

The Krapfs made a commitment to dedicate the Knowledge Commons lounge in July 2019. The plaque in the back of the lounge reads, “This lounge area of our great university is dedicated to family and friends that love Penn State. Di and Dallas Krapf.”

Dallas Krapf is an emeritus member of the Great Valley advisory board, and he and his wife have been avid supporters of Great Valley for more than 25 years. They also dedicated the Di and Dallas Alumni House, which is where Great Valley’s office of development and alumni relations is located.

“Great Valley has given local students a place for a wonderful Penn State education close to their homes,” Dallas Krapf said. “When the Penn State Great Valley location was chosen so many years ago, who would have known our campus would be in the center of the corporate world? The Knowledge Commons has been a wonderful addition to our campus, giving our students the tools they need to compete for a wonderful education at Penn State. The lounge is like the HUB-Robeson Center at University Park for students to meet and study together. It’s such an important part of college life.  Di and I just had to be the ones to welcome them to the Knowledge Commons.” 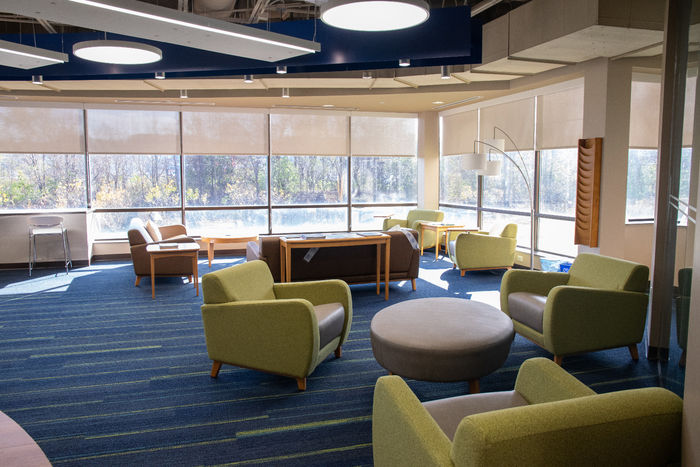 Di and Dallas Krapf made a commitment to name the Knowledge Commons lounge in July 2019.

James made a commitment to dedicate a study room in December 2019. The plaque outside the room reads “Dedicated by Dr. Cerise Knowles James ’96 & Mr. Thomas James, Semaj LLC.” 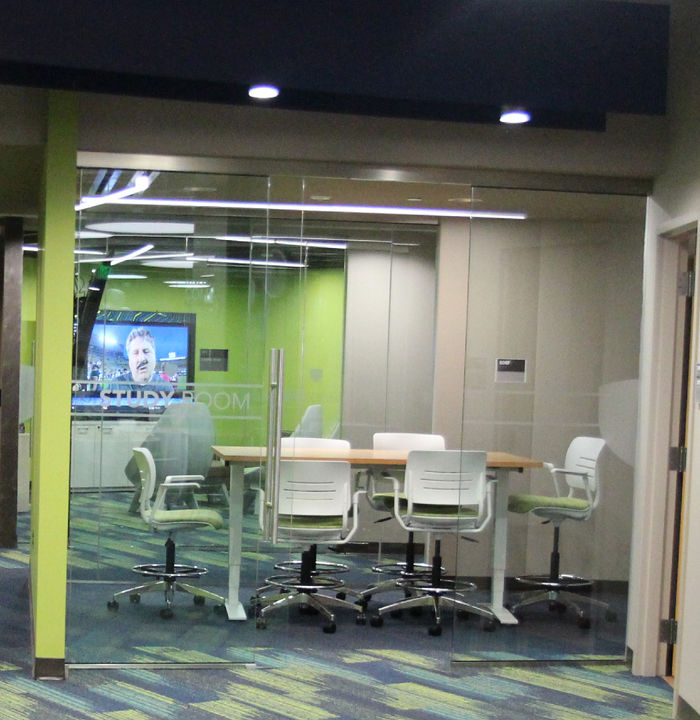 Cerise James made a commitment to name one of the study rooms in the Knowledge Commons in December 2019.

Cerise James, a member of the Great Valley advisory board, earned her undergraduate degree in 1996 from the University Park campus but wanted to give back to the campus closest to where she lives.

“When I think of Penn State Great Valley, I think business, innovation and entrepreneurship and I wanted to be a part of the exciting opportunities Great Valley has to offer,” James said. “Penn State played a vital role in my academic and professional development. … I believe in legacy giving and was presented with an opportunity by Erica McLeod [director of campus development] about the Knowledge Commons. I remember having a study space that was my sacred space, and I wanted to provide a study space for future Great Valley students.”

Dan and Kathy Pedriani made a commitment to name the Knowledge Commons atrium in December 2020.

The Pedrianis have been connected to Penn State Great Valley for over 30 years, beginning when Dan Pedriani joined the Great Valley advisory board.

“It was an honor for me to serve as chairperson of Great Valley’s advisory board during which time we doubled the size of this campus,” he said.  “I see similar growth, not in size, but in mission, that the Knowledge Commons brings to the campus. In June of 2021, we will celebrate the 50th anniversary of our graduation from Penn State and our 50th wedding anniversary. Kathy thought this was the perfect venue to commemorate both milestone occasions while declaring our love for each other and for Penn State, and I totally agree. We Are Penn State!”

The Pedrianis both received their bachelor’s degrees from Penn State in 1971 and have been involved with the University Park, Great Valley, and Schuylkill campuses since then.

“We consider the opportunity to invest in Penn State Great Valley’s Knowledge Commons to be a way of giving back to the students, faculty, and corporate partners at Great Valley,” Kathy Pedriani said. “When we first saw the atrium, we were immediately drawn to this warm and welcoming space where students and visitors can relax and feel part of the greater Penn State family. When we toured the Knowledge Commons facilities, we identified with the gaming room for a more personal reason and decided it would be the perfect room for our whole family to dedicate in memory of our fun-loving son.”

Dan and Kathy Pedriani made a commitment to name the gaming room in honor of their late son, Daniel Pedriani III, in December 2020.

The most recent Knowledge Commons commitment came from Mary and Jim Massung, who committed to name a study room in Jan. 2021. Mary Massung is a past chair of the advisory board and was part of the ribbon-cutting ceremony when the Knowledge Commons opened.

“Penn State Great Valley is a unique campus that provides the high standard of a Penn State education, while also supporting the local community through professional development, entrepreneurial support, flexible meeting facilities, and the promotion of local arts and culture,” she said. “My family has a long history of involvement with Penn State and this gift continues that legacy at Great Valley. The Knowledge Commons provides a professional area for students to study on campus, as well as a state-of-the-art facility to support the local community and their professional needs.” 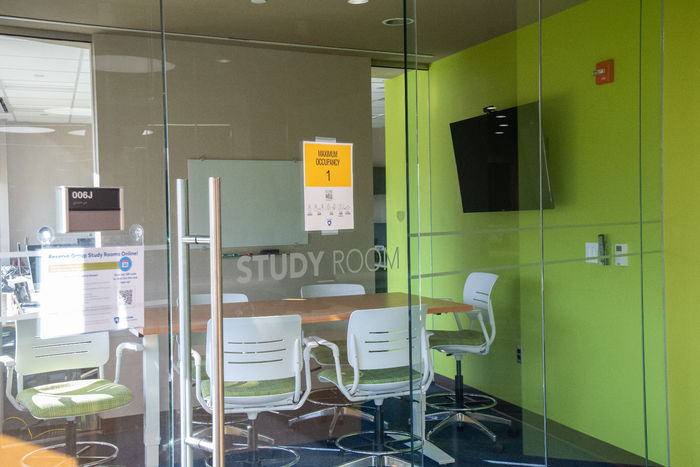 Mary and Jim Massung made a commitment to dedicate one of the study rooms in the Knowledge Commons in January 2021.

These gifts will advance “A Greater Penn State for 21st Century Excellence,” a focused campaign that seeks to elevate Penn State’s position as a leading public university in a world defined by rapid change and global connections. With the support of alumni and friends, “A Greater Penn State” seeks to fulfill the three key imperatives of a 21st-century public university: keeping the doors to higher education open to hardworking students regardless of financial well-being; creating transformative experiences that go beyond the classroom; and impacting the world by serving communities and fueling discovery, innovation and entrepreneurship. To learn more about “A Greater Penn State for 21st Century Excellence,” visit greaterpennstate.psu.edu.

To learn more about leaving a legacy and naming a space in the Knowledge Commons, email [email protected] or call 610-648-3279.