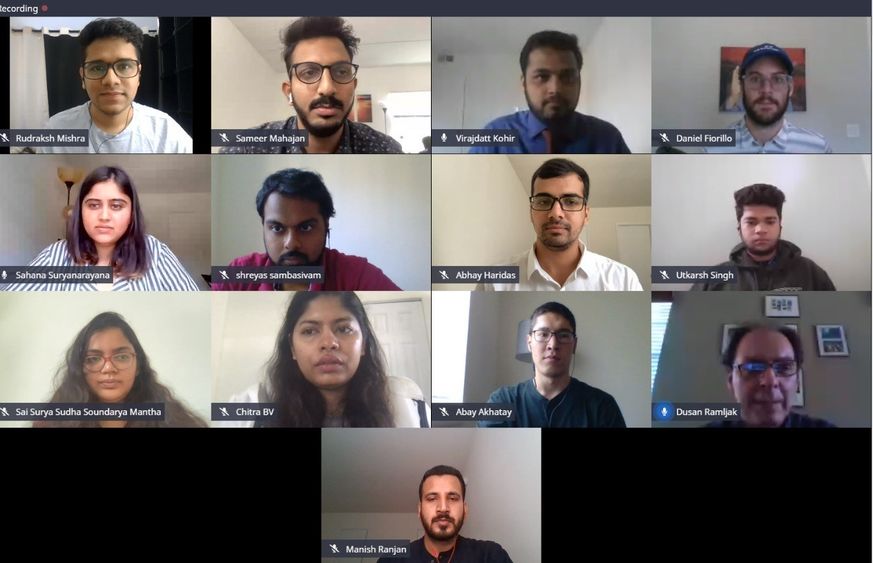 As a graduate school geared towards working professionals, Penn State Great Valley previously didn’t have much demand for student clubs. But, over the past few years, the number of full-time graduate students has grown and the interest in organized activities is increasing. An International Student Organization was even formed a few years ago.

The idea came from Master of Science in Data Analytics student Sahana Suryanarayana after she attended the Google I/O virtual conference in May and realized Penn State University Park had a GDSC chapter.

“I do not have experience with Google Technologies but have always been intrigued by the technologies they have introduced, especially in the recent years, the advancement in AI and how user-friendly their products are,” Suryanarayana said. “I am looking forward to one amazing learning experience as part of this club.”

After spending her first semester taking classes remotely from India, Suryanarayana wanted to get involved with the campus culture — student clubs provide a great way for undergraduate students to immerse themselves, so why not try it at the graduate level? Suryanarayana applied to form and lead the club. A few rounds of interviews later, Great Valley and Suryanarayana were officially part of the GDSC community. From there, she assembled a team of other Great Valley students to help run the club.

Part of the appeal of starting a GDSC chapter was the connection it would provide students. There are over 200 chapters in the United States and Canada alone, and members have opportunities to network with other chapters, including participating in any workshops or technical talks that other chapters are hosting.

"While having the branding of ‘Google’ gives an edge to the club, enticing students to join, it also gives us opportunities to be a part of any dev fests that the Google developers community hosts and access to learning resources from Google on the Google Cloud platform, Android, IoT, and access to QwikLabs, CodeLab, among many other technical resources that they provide," Suryanarayana said.

The club had its first official meeting at the end of September, which included guest speaker Daniel Fiorillo, Google Developer Student Club community manager for the U.S. As Suryanarayana and the rest of the club organizers settle into a routine and recruit more members, they’ll focus on increasing the number of events.

While the club is primarily focused on data analysis technologies — like Tensorflow, Python, Django, and QlikSense, and more — Suryanarayana doesn’t want the group to be exclusive to developers. While many of the programs Great Valley offers are represented in the club’s membership, the group is working to expand its reach to encompass interests and best practices across all programs, including by collaborating with the Big Data Lab’s Technical Talks series, the Great Valley LaunchBox, and the educational webinar series NoonTimeU.

“Our club will focus on peer-to-peer learning, and what it means is that we are going to teach and learn from each other the most,” Suryanarayana said. “We aim to host sessions on what each of us are good at, something new we’ve learned, and how it can be used to move forward towards our end goal.”

The club has a website with information on its officers and events (and will be sharing details about an upcoming game night event soon), as well as a LinkedIn page. Students interested in joining the club can register here.